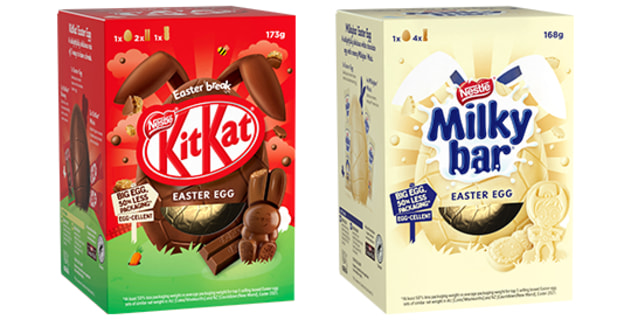 Pathmatics ANZ Regional Director Eugene Du Plessis said: “As with all times in the cultural calendar, we are seeing an increase in the brand’s digital ad spend as these occasions approach, Easter being a huge opportunity for FMCG brands.

“It’s interesting to compare the brand’s tactics with those of Mondēlez who spend a lot to promote age-old Aussie favourites, like the return of Cadbury’s Creme Egg.

“Other brands such as Mars, Lindt and Darrell Lea have instead spent money revealing brand new Easter products for the season in a bid to earn a spot in Aussie’s chocolate stash.

“Then we have Nestlé, which spends very little on any Easter-specific advertising, probably because it is already a go-to brand for Easter eggs, and instead focuses its efforts on promoting its existing product range.”

Mondēlez topped the list of biggest ad spenders, with a particular focus on Cadbury’s creme egg returning to shelves in time for Easter.

Lindt was the first company to get into Easter advertising, launching its first campaign on February 2.

Mars was the last, starting his campaign on March 20.

Nestlé has taken a different approach with its digital ads dedicated to product-specific advertising, as opposed to anything Easter-related. Its efforts have instead focused on promoting its newly redesigned, hard plastic-free packaging.

Advertising spend from January 1 to April 8: